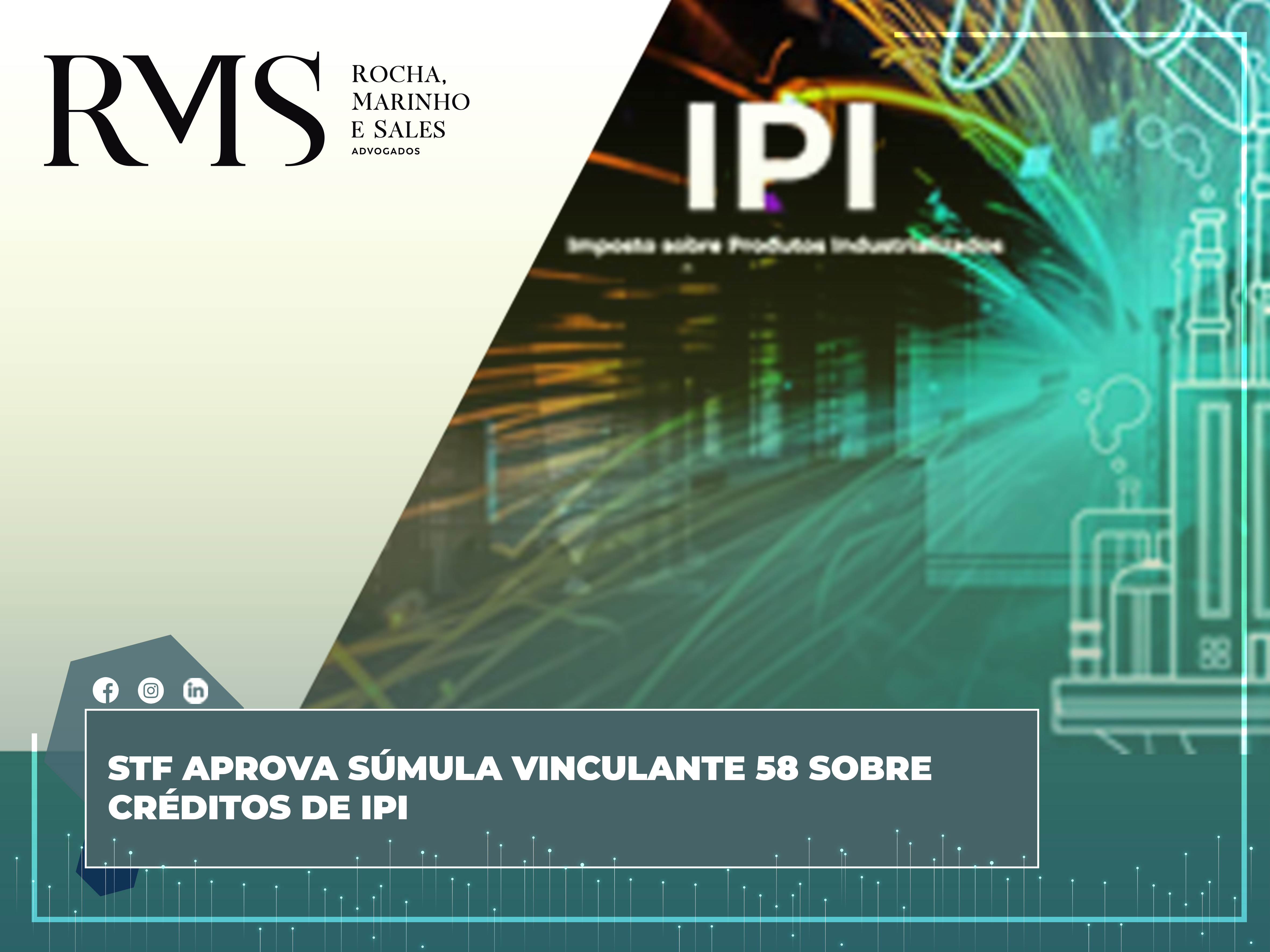 Taxation of the Tax on Industrialized Products - IPI

Today’s column, written in collaboration with Professor Francisco Leite Duarte, deals with one of the biggest legal controversies of recent years in tax law, with undeniable economic repercussions on the credit right of exempt inputs, subject to zero or zero rates. non-taxable, applicable to products taxed by the Tax on Industrialized Products – IPI.

The theme is the essence of the principle of non-cumulativity, of a constitutional nature, required to compose the structural normativity of this tax in item II, of paragraph 3, of article 153 of the Constitution, according to which the encumbrance will be non-cumulative, compensating itself what is due in each operation with the amount charged in the previous ones.

Non-cumulative effect is effected by the tax credit system for products entered at the taxpayer’s establishment, to be deducted from what is due for the products exited therein, in the same period, in accordance with Article 49 of Law No. 5,162 / 1966 (National Tax Code) and article 25 of Law 4.502 / 1964.

The controversial issue was formed many years ago when taxpayers obtained from the STF the right to credit inputs entered in the industrial establishment or equated to industrial with tax exemption. The recognition of the right to credit in this case – and that of inputs taxed at zero rate and non-taxable, as some later claimed – was not shown, according to what was observed in the evolution of jurisprudence, consistent with the constitutional logic of the principle of non-cumulativity. .

Given the legal and economic importance of the matter, the controversy took on the General Repercussion rite defined in Theme 844, limiting itself to the “possibility of IPI credit for the acquisition of exempt inputs, not taxed or subject to zero rate”.

The approval debate, in turn, linked to the Binding Summary Proposal nº 26, resulted in the acceptance in a virtual session of the Plenary, held from April 17 to 24, by majority of votes, of the summative entry suggested by Minister Ricardo Lewandowski, registered as Binding Summary 58, with the following wording “there is no right to a presumed IPI credit in relation to the entry of exempt inputs, subject to zero or non-taxable rate, which does not contradict the principle of non-cumulative”.

The Reporting Rapporteur, President of the Supreme Federal Court, at the time of the PSV, when suggesting the wording of the statement of the summary, stressed that the internal proposal for editing the binding summary fulfilled all the requirements for its approval, stressing that the STF jurisprudence is peaceful “in the sense that there is no right to IPI credit in relation to the acquisition of non-taxed inputs or subject to zero rate”, highlighting, among others, the precedents established in Extraordinary Resources 353.657 / PR and 370.682 / SC, together with understanding of Minister Gilmar Mendes in the judgment of the motion for clarification of this last Extraordinary Appeal, according to which “any and all exonerating hypothesis (exemption, zero rate or non-taxation) does not generate credit for the compensation with the amount due in the next operation ”.

Wilson Sales Belchior – Graduated in Law, specialist in Civil Procedure and Electricity, MBA in Business Management, Master in Law and Conflict Management, PhD student in Constitutional Law. Lawyer, lecturer, university professor in postgraduate courses in different states and author of several articles and books, published in magazines, newspapers, news portals and publishers of national circulation. He is currently a Federal Adviser to the OAB elected for the 2019-2021 triennium, President of the National Commission on Banking Law and Partner of the RMS. 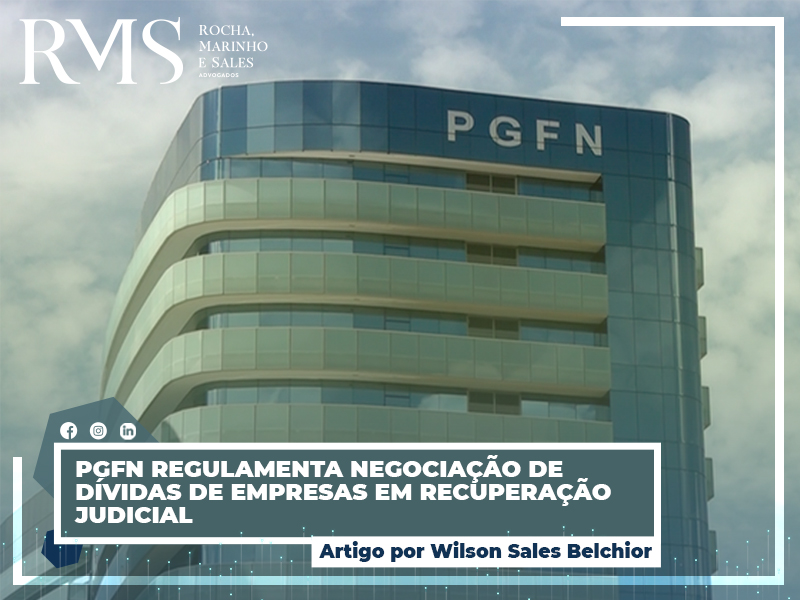 Law No. 14,112 / 2020, which came into force in January 2021, brought among the main changes regarding judicial, extrajudicial and bankruptcy reorganization, new installment options... 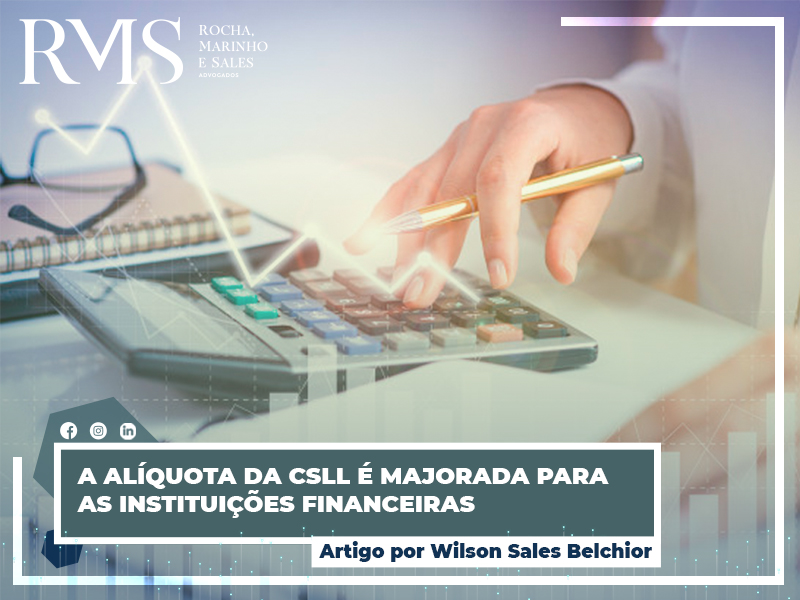 The CSLL rate is increased for financial institutions

This website uses cookies to improve your experience while you navigate through the website. Out of these, the cookies that are categorized as necessary are stored on your browser as they are essential for the working of basic functionalities of the website. We also use third-party cookies that help us analyze and understand how you use this website. These cookies will be stored in your browser only with your consent. You also have the option to opt-out of these cookies. But opting out of some of these cookies may affect your browsing experience.
Necessary Sempre ativado